the Program is currently in planning.

Absolutely worth seeing shows for adults and children
Workshops for beginners, amateurs and professionals

Almost all events take place at the Theaterhaus Rudi, Fechnerstrasse 2a, 01139 Dresden.

The festival offers its audience a broad spectrum of modern movement theatre with elements of classical pantomime, theatre, dance, masquerade, object theatre and artistry.
Artists from France, the Czech Republic, Russia and Germany are in the programme. 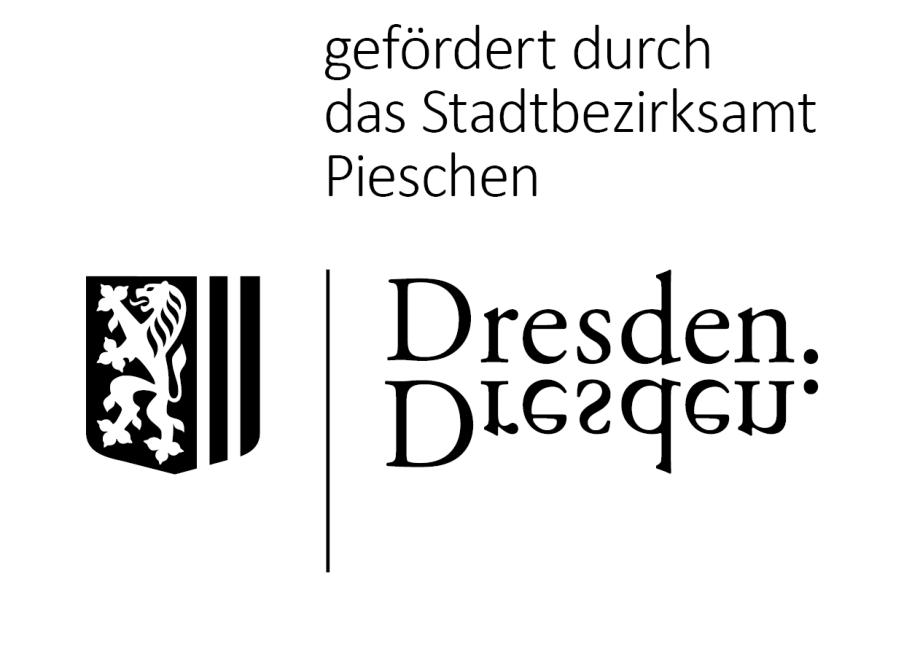 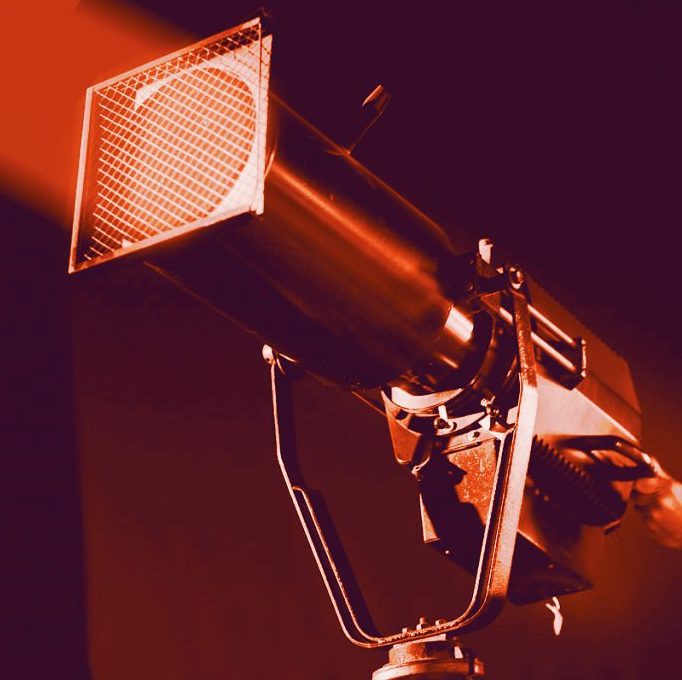 Opening event with all artists! 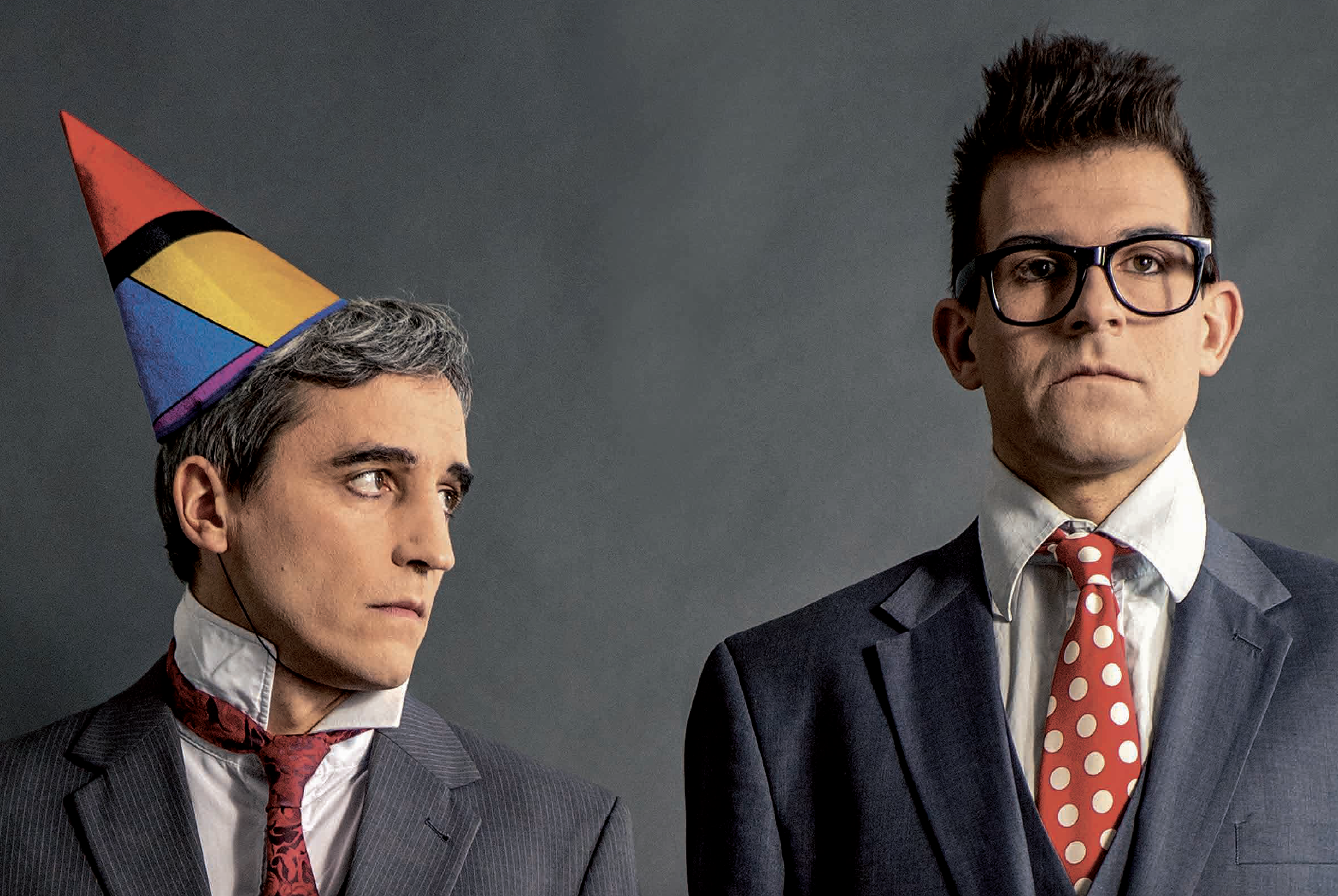 Visual Comedy from Berlin.
Whether it’s a clumsy vampire, a ventriloquist and his cunning doll or the morbid hustle and bustle of two business-hungry morticians: this is the place to be. Black humor, innovative narrative techniques inspired by comics and film, the endless joy of transformation and the filling game with empty space are the tools of Elias Elastisch and Nicolas Rocher. They do not need an elaborate stage set: two mimes, a few costumes and the audience. When classical pantomime celebrates the poetry of movement, the two add a new side to their art with a good dose of black humor. From the first moment on, they hypnotically captivate the viewer, making him wonder, laugh and dream.
The Berliners Nicolas Rocher and Elias Elastisch have come together as a duo to redefine the limits of the imagination. The result is visual comedy, dance, pantomime, satire, acting, clowning & everything in between. 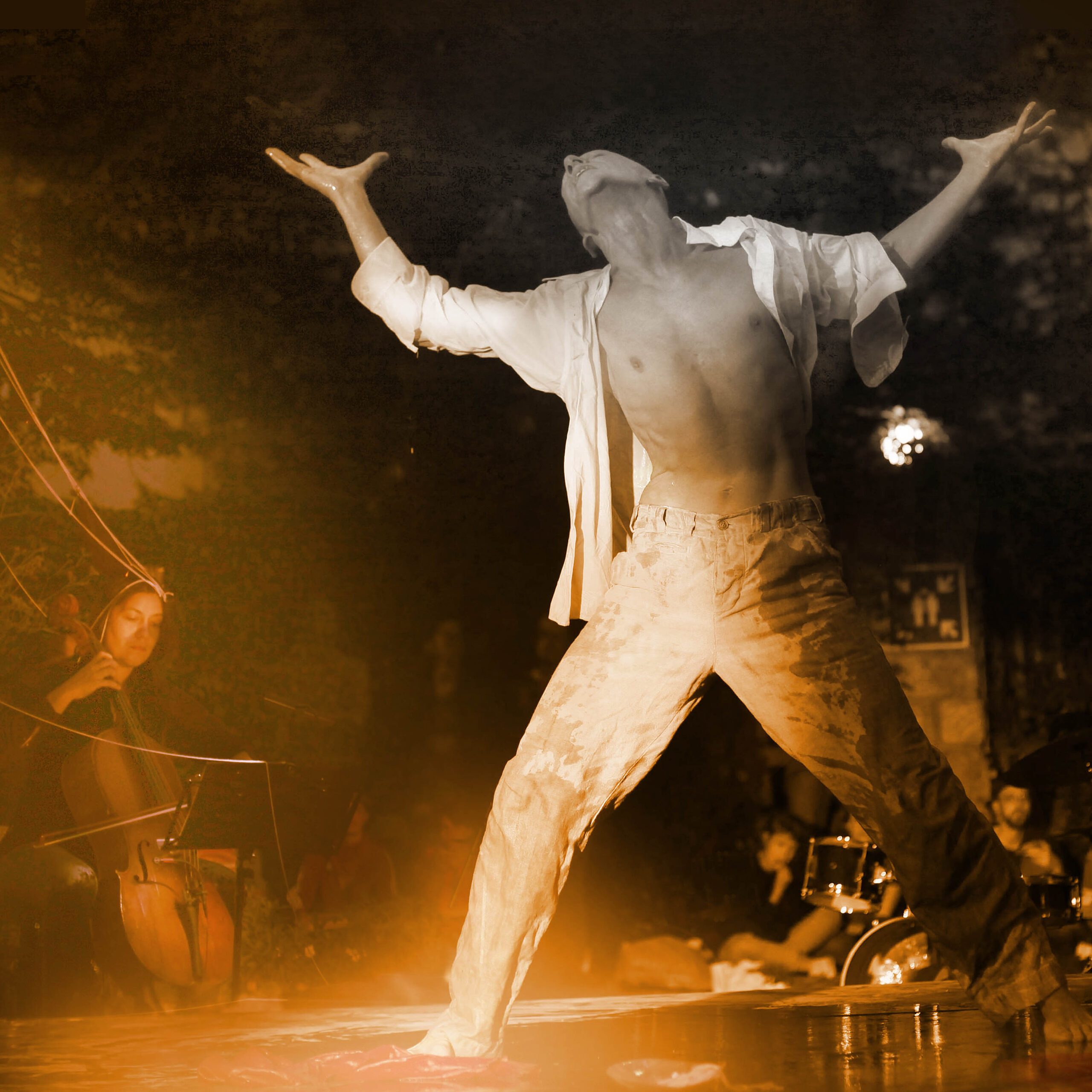 Derevo, a group from Dresden with Russian roots shows their new piece ‘Reinheit’.
Together with the cellist Ekaterina Gorynina the dancer Anton Adasinskiy with his 2 sons Arthur and David Adasinskiy are ready to enter the cosmos of Bach’s music. They could not have done it earlier. And later it could not happen. So now…
In the music school, when I heard “The Well-Tempered Clavier” for the first time, the teacher laughed while she was playing. “For some reason, I always laugh while doing it. You know, this music has always existed and Bach only remembered it.” I remember Mom. Mama also existed in-mer. She could neither be a child nor die. Once she told me she felt shameless listening to Bach’s music. “How – shameless?” “Well, how can you listen when someone talks to God…” she replied.
Today the time has come: dancer Anton Adassinskiy and cellist Katerina Goryni-na enter this divine realm of music.

The dance theater ensemble DEREVO, Russian “The Tree”, was founded by Anton Adasinskiy in 1988 in Leningrad. Anton Adasinskiy, who became known as the front man, choreographer and guitarist of the Russian rock theater AVIA, which was renowned in the 80s, and then studied with Slava Polunin, took on the role of artistic director and leading actor.
DEREVO is dedicated to the “language of the body, emotions and soul”.
In contrast to classical ballet, the idiosyncratic expressive dance in her performances is characterized by clownery, pantomime, improvisation, anarchy and chaos. DEREVO was also inspired by the Japanese Butoh. Due to the resulting dramatic power, the audience is captivated by the tension between general attraction and repulsion.
In addition to participating in numerous festivals DEREVO worked for a long time in Prague, Amsterdam, Florence and since 1997 in Dresden. In Dresden DEREVOS created great stage productions, which made their way into the world from here. 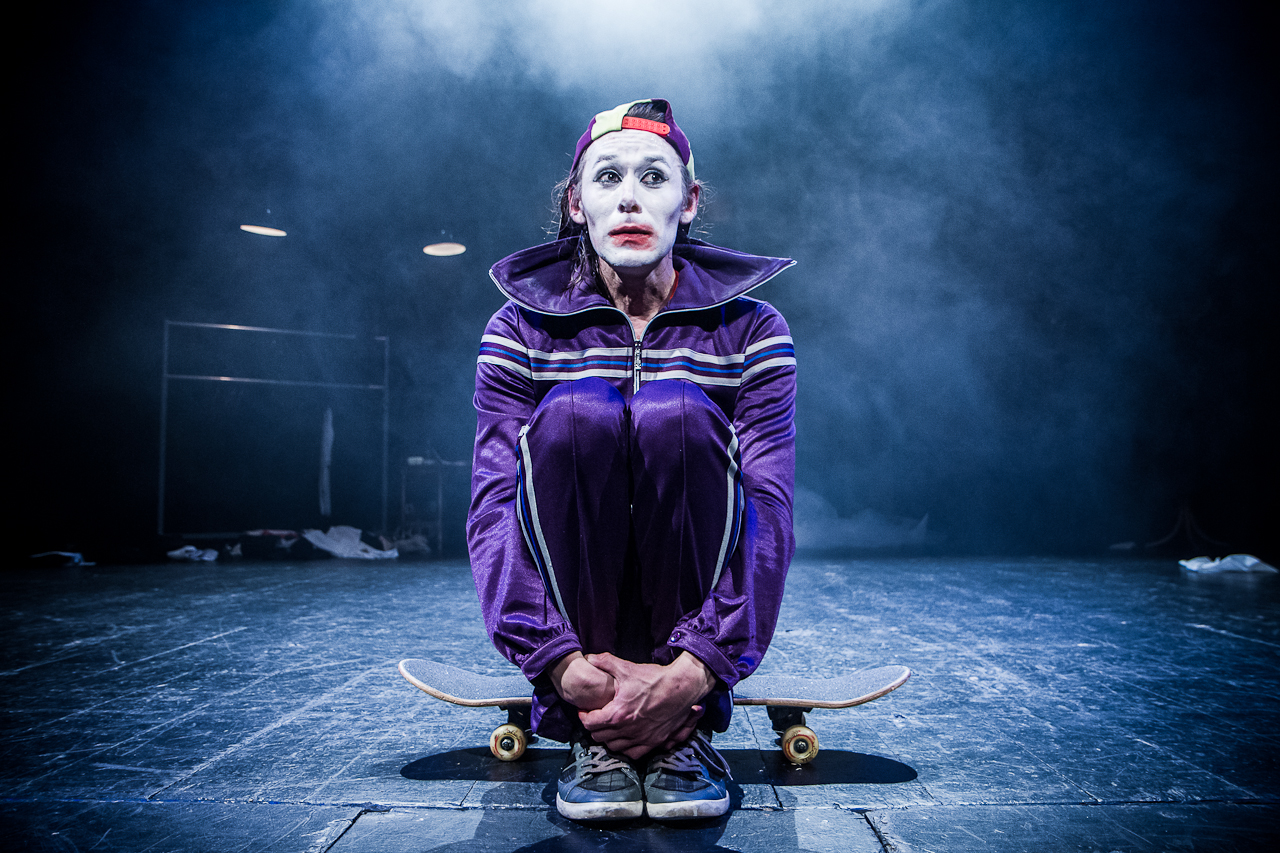 From the classic pantomime to Butoh, from the physical comedy to contemporary mime theater pieces. His mime is modern, pure and up to date. It is influenced by different styles and genres, but in the end always goes its own way.
Radim Vizváry will introduce both classical and modern, both poetic and comical works. You can laugh and cry without him saying single word – there are needless in his art. In this way you will see the best of him and through it, what is the current pantomime about. 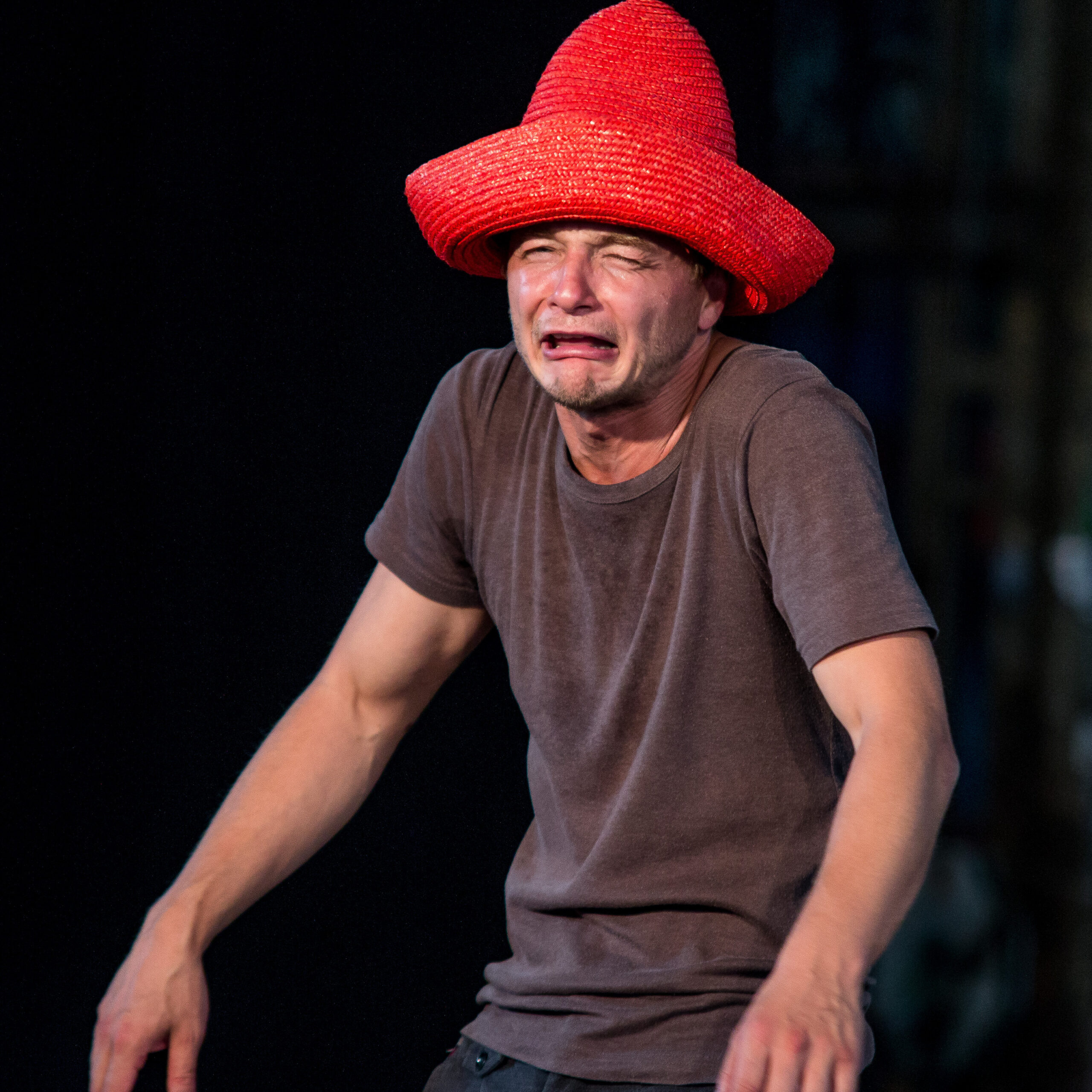 Larsen Sechert from Leipzig is in his play western hero Django, who returns to his home town in his own. He wants to take revenge. Who does he not yet know

The Knalltheater is a “postmodern Commedia dell’arte troupe” around clown Gerno Knall alias Larsen Sechert, founded in 2003. It plays clownish pieces for small audiences and improvisational theater without language for large audiences.
It is mobile and gets by with simple means and little equipment.
Programs of Knalltheater wrap clowning, pantomime, black light or slapstick in wonderfully melancholic stories with less seriousness.
The ensemble of the Knalltheater convinces above all with its ingenious daftness, expressive dance bordering on caffeine overdose and unconventional interpretation. 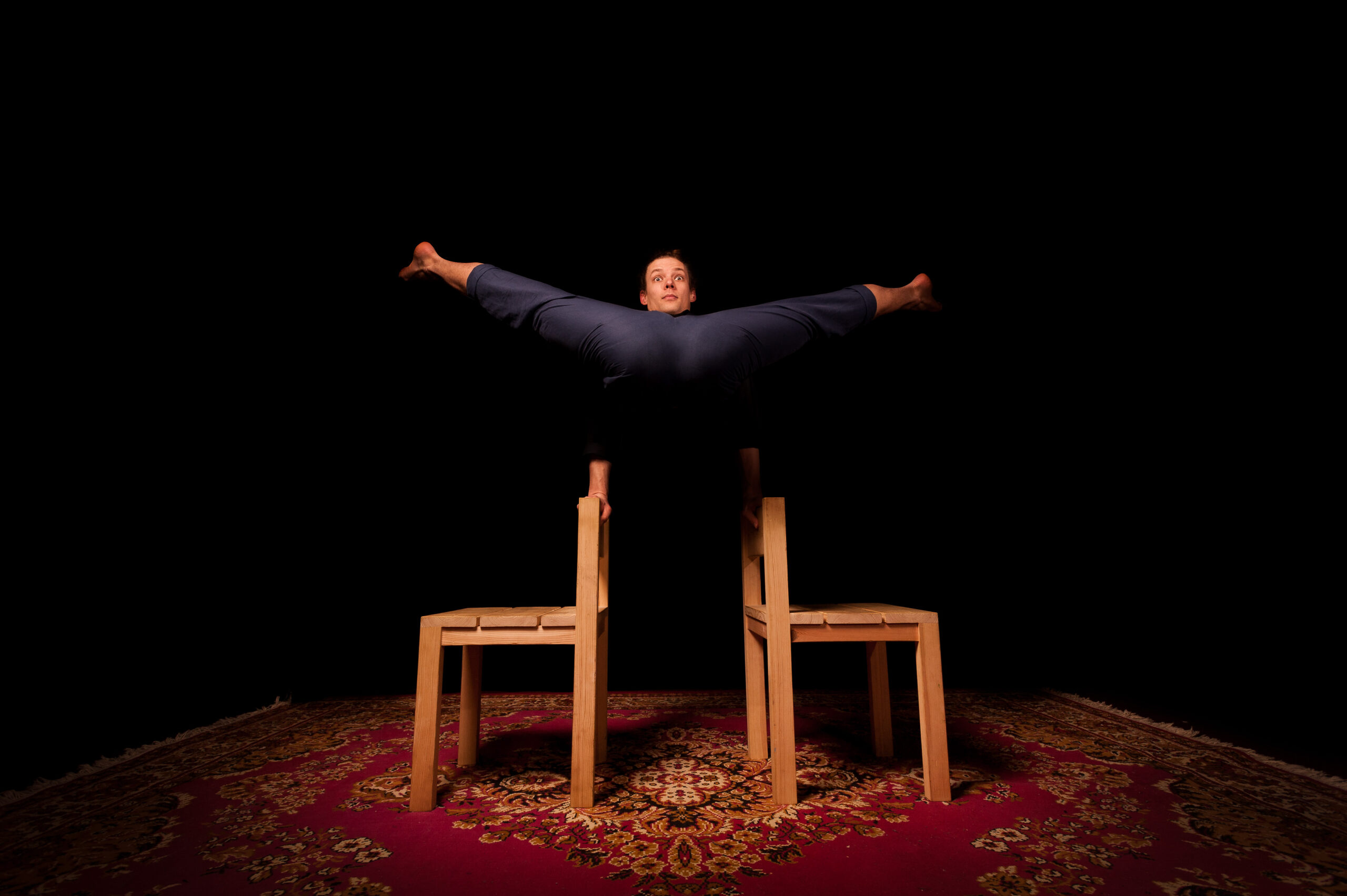 Twenty-minute acrobatic fireworks. Moritz Lucht shows with Mr. Moe – Sitting On A Fence in a breathtaking way a piece about a person who suddenly gets caught in a whirlpool of madness.
The Berlin Moritz Lucht began his career as a circus acrobat in the youth circus Zack and VUESCH e.V. . He graduated from the Rogelio Rivel School of Artists in Barcelona and completed his training at the Etage in Berlin 2 years ago. He has already performed at the Trapezi-Festival, MitDIr-Festival, Paderborner Frühlingsfest and as part of the extra at the Komische Oper. In 2016 he took part in the artist residency Circ’Us in the Nile Delta.

Physical Puppet Theatre Triptych with the pieces Nonna(s) don’t cry (20min), Le troisième Pas (20 min), La mort du ressusciteur (20 min) combines contemporary dance and hand puppetry. Through the coexistence of the object body and the living body, an alienation takes place that questions our idea of normal, real and living. The spectator is immersed in a world of metamorphosis and confronted with the questions: Who carries whom – the doll or the dancer? Who manipulates, who is manipulated?

Contributors: Jolanda Löllmann, Santiago Baculima
The DÍRTZ Theater was created on the initiative of Charlie Denat (FR) and Jolanda Löllmann (DE), two artists who began to create a common signature by combining their experiences as dancers and circus artists with the art of puppetry. Their work is based on body language; interdisciplinary and undisciplined. 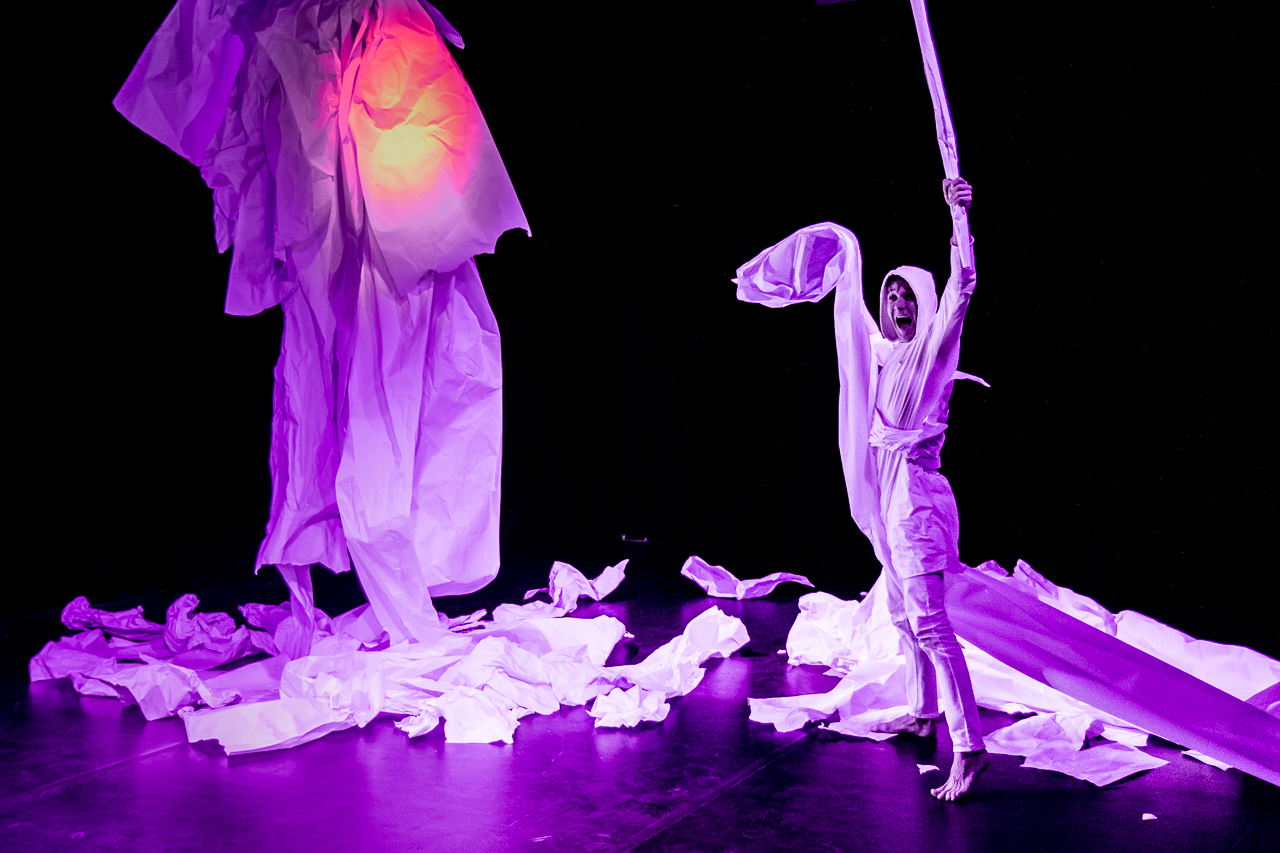 One big role of paper – that’s all it takes for children to see a world unravel on stage full of fantasy, games and adventures. At first, the mischievous narrator just plays with the paper, but is soon engulfed by the clean and supple material. He is accompanied by a shy little boy – Paperboy. Together they discover the mysteries of a paper world which they soon find is also full of danger and suspense.
This non-verbal fairy-tale on a minimalist set works to great degree with the audience’s imagination. The hands of experienced puppeteer and mime Radim Vizváry are able to conjure fantastic fairy-tale scenes from paper. He also invites children from the audience to join him on stage to act out situations.
This performance is suitable for children aged 4 and up.

Le Voisin, the neighbour, goes camping. Grandiose mime comedy with Benoit Turjman, the Mister Bean of the Pantimome.
Grouchy nerd with greasy hair and velours trousers, he makesthe girls flee and stir up trouble like no one else… and he might live next to your place! Who he ? The Neighbour !

Benoit is a comedian with a varied career: pantomime, actor, ex-stuntman and dancer. In addition to his training at the Marcel Marceau School in Paris, he also specialized in Commedia dell’arte and has worked in various genres: theater, circus, cabaret, opera and film. On the screen, he was in particular the stunt double of Rowan Atkinson (Mr. Bean) and acted in ‘I find you very beautiful’ by Isabelle Mergault.
Benoit thematizes what moves us every day. The things that sometimes make life easier, but limit social relationships. The things that isolate us and bring us together.
75 min 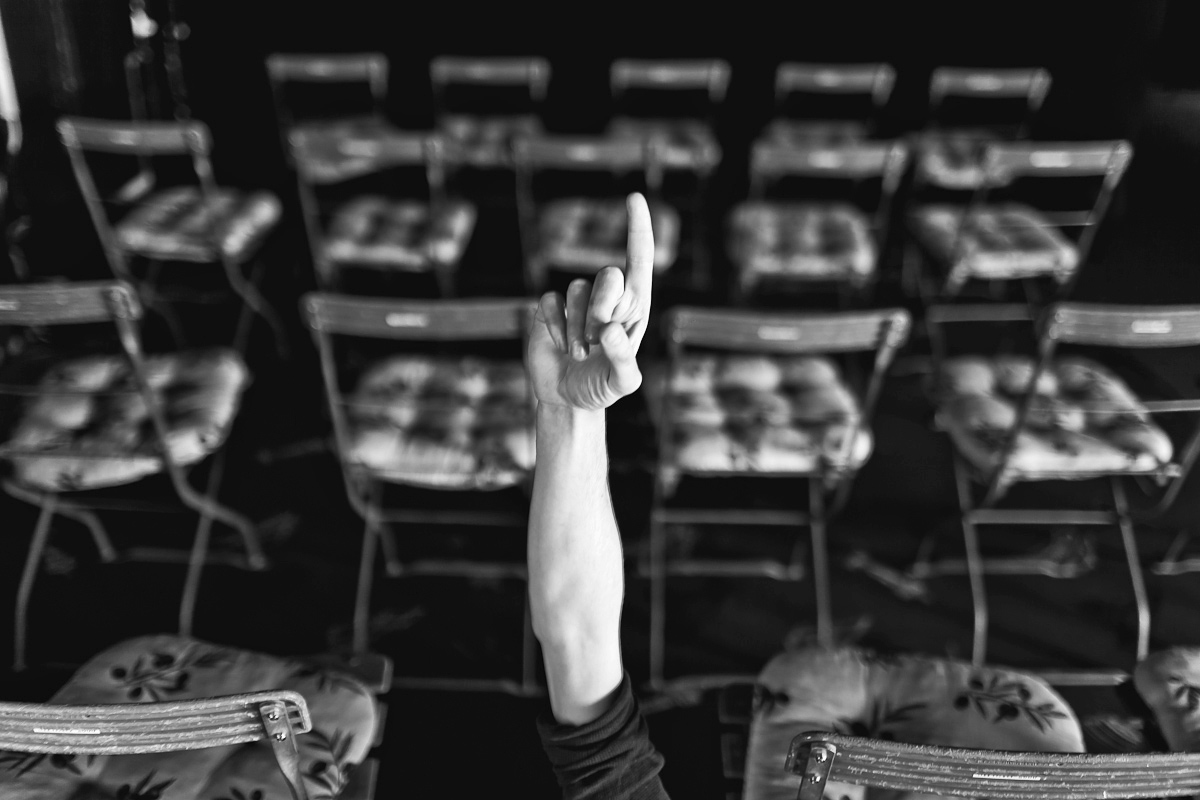 Clear the stage for the Open-Mime-Jam-Session! Get active yourself. Humour will certainly not be neglected.

Workshop in english and
german

Become someone else, create universes, play with the invisible, experience possible and impossible adventures! We will play with the art of pantomime: a real performing and representative art, for and with the audience. An art in which reality and fantasy merge joyfully! We will see how to tell imaginative stories using illusions, incantations and metamorphoses. Attention : you may need both wit and flexibility… of mind!
Length of the workshop: about 3 hours 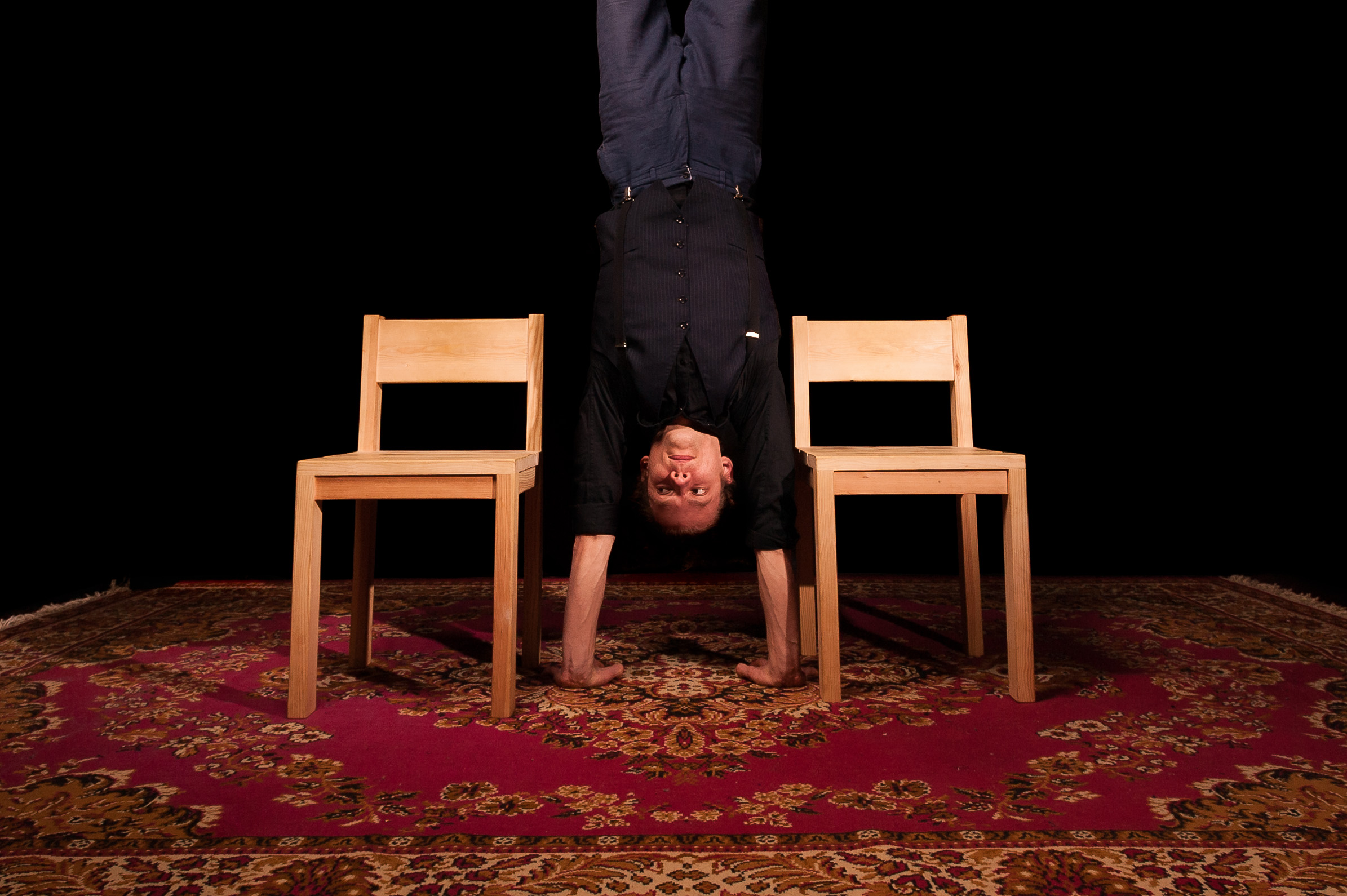 Two-hour handstand – course for beginners and advanced handstanders.
Length of the workshop: 2 hours 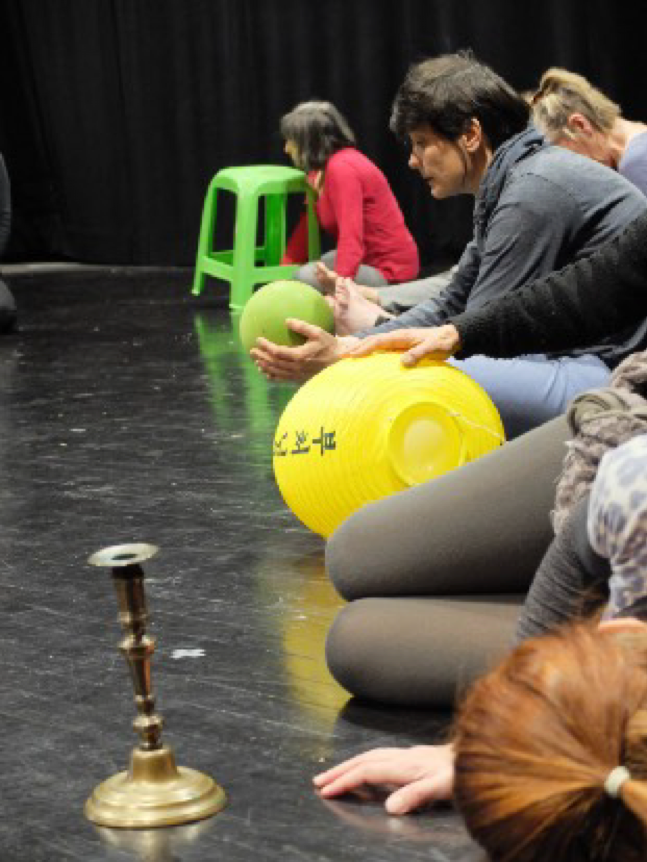 How do you integrate an object into a creative process? During the workshop we invite you to put an object in relation to movement. We will exchange different research tools that will allow each participant to develop their own personal vocabulary and creative universe. After a session in which we will physically warm up to awaken our senses and align with our body, we will explore different ways to understand and manipulate an object. We will work in groups, solo or as a duo to explore how we can integrate an object into a creative process and how it can enrich our physical vocabulary through imagination, visualisation and improvisation. We ask all participants to be open to participate in a research process that requires a physical and emotional investment. Please bring your own object (the object should not be too small). Please bring comfortable clothing. ( we work a lot on the floor.)
Length of the workshop: 3 hours

The promotors of the festival

Supported by the state capital Dresden, Office for Culture and Monument Protection

Supported by the Cultural Foundation of the Free State of Saxony. This measure is co-financed by tax revenues on the basis of the budget adopted by the Saxon State Parliament.

With the kind support of the Institut francais and the French Ministry of Culture / DGCA.
Within the framework of OBJETS & MARIONNETTES. FOCUS 2020

Shows in the Theaterhaus Rudi